Known as the “Pearl of the Adriatic”, Polignano a Mare is the ideal place to plunge into uncontaminated waters and explore a picturesque historic centre by the sea.

Crystal clear waters and cliffs pitted with caves carved by the sea give Polignano a Mare its uniqueness. A small town, known also as the “Pearl of the Adriatic,” it's just over 30 km (18.5 miles) from Bari.

Poligano is the birthplace of the renowned singer Domenico Modugno, who became famous for his song Nel blu dipinto di blu (“In the Sky, Painted Blue”). The fascinating historical centre reveals traces of its Arab, Byzantine, Spanish and Norman past, including the remains of the four watchtowers that once guarded the ancient town.

Head through the Arco della Porta (the Door Arch), once the town's only entrance, and you'll find yourself in the magical centre, home to the 13th-century Mother Church dedicated to the Assumption. Another must-see is the town’s former slaughterhouse, which has been renovated and today houses the Pino Pascali Museum Foundation and its collection of works by Puglia's renowned artist and sculptor.

The high cliffs and jagged coastline between Palazzese Cave and Lama Monachile, make Polignano's shoreline one of Puglia's most beautiful coastal stretches, peppered with hidden inlets and charming sandy bays. 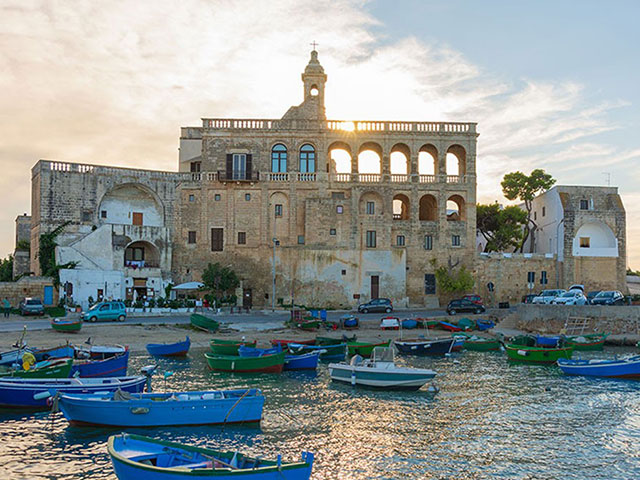 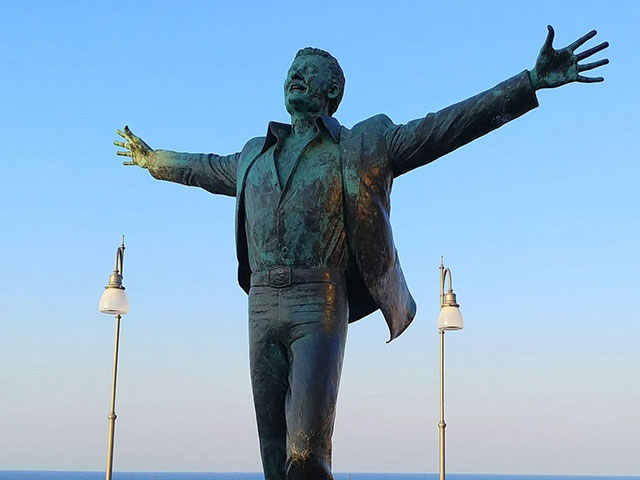 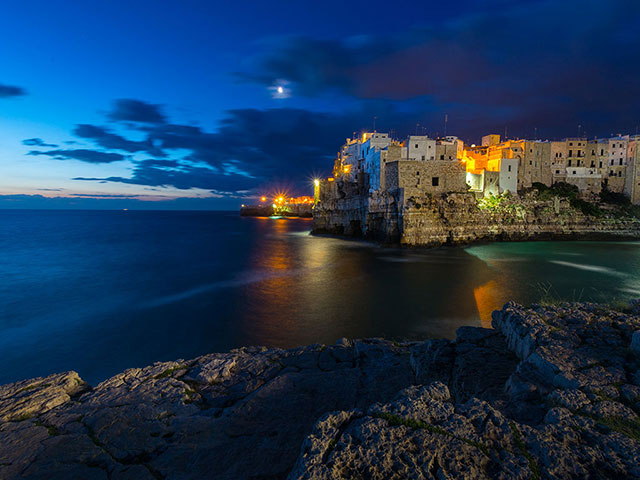 We are in Puglia

Located between Polignano a Mare and Mola di Bari, two lovely cities with crystal clear sea and ancient villages, Alba & Tramonto is the ideal starting point for tourist itineraries and trips out of town to discover Puglia region.